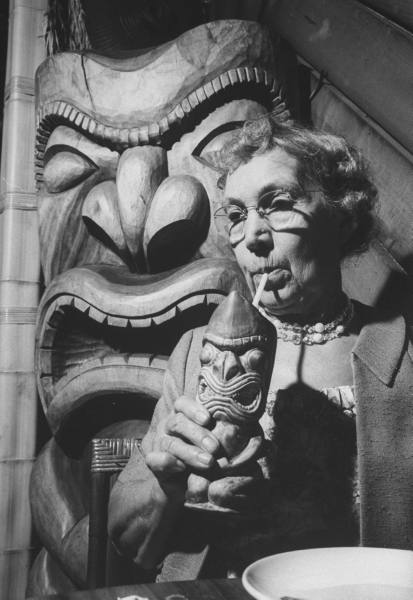 This picture had me cracking up. The caption reads ” 75-year-old Woman drinking a cocktail called The Husband Killer, at a new Polynesian restaurant.” It’s not the name of the drink that disturbed me, its that slow steady thousand mile stare in her eyes, now here’s a woman with a “To- Do” list. Yipes, I say!)

My other brother-in-law died. He was a karate expert, then he joined the army. The first time he saluted, he killed himself.      Henny Youngman

Drawing on my fine command of the English language I said nothing.      Robert Benchley

My Grandmother is over Eighty and still doesn’t need glasses, she drinks straight from the bottle.       Henny Youngman

Have a great day and thanks for stopping by.

One response to “Made me laugh!”