End Starvaton let us be a Rice bowl to the world… 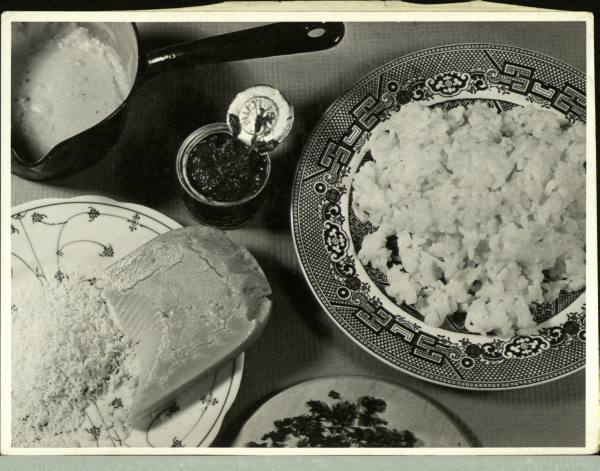 During the really tight times my sister Kate came out here with a huge sack of rice she had found and purchased at “Costco” I think it was. A 2o pound canvas sack of Zafarani Basmati Rice. To cook this delicious stuff first rinse it three times in water until the water runs clear. It’s very soothing to swirl it around and around and I got to thinking that there is enough rice to feed the entire world. That it is only our desire to make money off of it that starves children and others. Period.

There is enough rice.

But it is always OUR desire for MORE than we have that starves other people.

And eventually even kills us with gluttony induced guilt’s and psychosis. Because it is intrinsically wrong to starve another so you can have more. There is enough to go around. If Wal-Mart can can figure out how to rush supplies to a storm stricken Community we should be able to figure out how to head off famine. NOW. If they can predict weather induced famine and we can pretty much count on War induced famine, perhaps insuring the world rice supply to end famine altogether is not only possible it’s the moral thing to do. Period. Be you Christian, Moslem, Pink, White, Black, Yellow, Purple. A child dying from famine is as clearly murdered for greed as a child killed by War.

Perhaps make the donation of rice mandatory, just as you pay your tax (money$$) you could pay your rice tithe to feed the world. If we all gave a little there would be no hunger anywhere. Hunger does not motivate, hunger starves and kills, mostly Mothers and Children as we are the bulk of the world’s population. The same with War. It’s not the heroes who die in great numbers it’s the Mothers and children, ie; “The Population”

I live in a vacation area because its beautiful. And sometimes I watch people around me scurry to get their big boats out on the lake and they get all hot and bothered and really ticked off if every little thing isn’t just so because they only have a few precious hours to spend each year with their biggest toy and then they have to go right back to doing what they hate for a living to support the boat in the big heated indoor storage back here. Where’s the joy or the sense in that? I look at them dragging around all their self-aggrandizing opinions of themselves expressed in Boats behind their huge trucks or new SUV’s and I think…I get it, your compensating. But you’re doing it at a price. The price of your things is you must have selective vision of the way the world really is. Not the truth. Selective vision.

But just because you refuse to deal with Reality, it doesn’t lessen its impact. On you and yours. When you teach your children to acquire the toys of the wealthy you’ve neglected educating them to be responsible for their neighbors well-being. Teaching  them to acquire self-respect and  responsibility for their fellow-man, and you’ll have given them something far more valuable, the ability to deal with reality. A characteristic found in humans that is in precious short supply here in the United States, as we prefer to look away, drug our children with TV or Games or any other idiocy than reality. Hell, we even drug ourselves rather than face the reality of Murdering innocents abroad with drone planes and computerized killing fields. Wake up, because just like they said about Nazi Germany, if we permit this behaviour in our own name ( The United States of America) , eventually it will befall us also.

And instead of the “World Bank”  that leads us all like lemmings into a depression, let’s create the “World Food Bank”, to insure whatever the weather conditions Natural/Political the children of this planet won’t ever starve to death again. Now that’s a responsible thing to do. Don’t leave it up to the whim’s of the Worlds Marketplace, that’s exactly how we get into Wars. 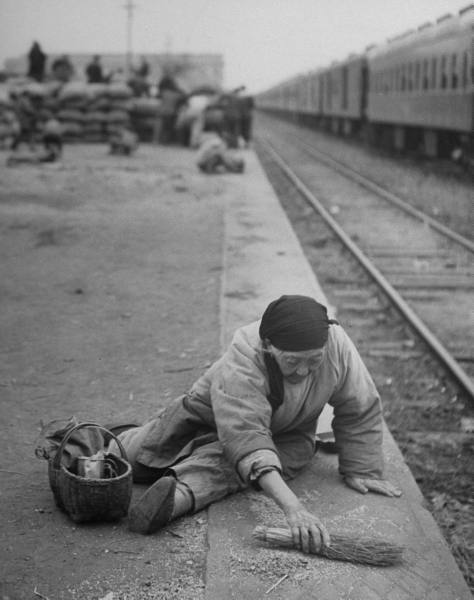 Photographs courtesy of Google source; Life Archive . The woman above is sweeping up rice that had fallen when a shipment was unloaded. Survival.