I have a dear friend , we’ve known each other since our kids were little . She’s one of my favorite  “Partners in Crime”. I’m planning a weekend for her to come up here so we can release a little stress and write a story about two friends who happen to both be ex Mother-in-laws to the same tiny “dementor” of a woman, one whose kiss sucks the souls of men. I’m sooo looking forward to it. We talked on the phone and already we’ve got any number of hysterical scenarios. It just makes me so happy to do away with this character again and again. It always leaves me laughing to kill off in my imagination a pompous fool. And this character is about as pretentious as you can get, the right labels, the careful packaging, but she can’t hide the fact that she is soulless and the product is not only no good, its shelf life is way over. We all get old. And time does march across all our faces, and Honey its doing hand stands on hers.

I love leaving that character in shockingly stupid poses of death by sheer accident that make it look as if the universe was  conspiring to get her, it is. At least in theory and in this story. And I wanna help. So we’ll plan her hysterical demise with huge rolling donuts that escape from roadside oddities, or giant flyswatters that fall on her at just the right moment ( the characters a teeny whiney little bug of a woman) or better yet we could take her on the vacation from hell first. How about this time she marries a guy who is worse than she is? I’d love to see her first frustrated and then dead. Maybe a giant Gingerbread Boy would fall from Christmas display and leave her with a lifelong (not very long) fear of Gingerbread people? You get the idea…either way it’s a story line that left us laughing and in tears. For all the right reasons, justice prevailed. Albeit, a little late but justice nonetheless.  My buddy has such a good imagination, we’ll be figuring out scenarios all night long and if laughter is the best medicine, we’ll both be feeling a lot better!

So here’s to more “Partners in Crime” sleepovers, where the plans are laid the laughs nonstop and the laughter endless. Should you have a little doll of a demon in your life call your buddies and just draw up wacky plans, you’ll all feel better. I for one know that from now on whenever I imagine that little doll, I’ll automatically see this HUGE DONUT rolling up behind her furry little head. And it’ll be so so easy to smile. 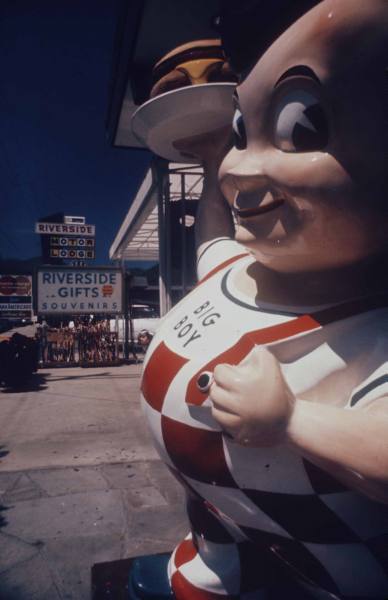 As my sister Kate would say, “There’s an Idea!”

Thanks for stopping by and as usual the Photographs are courtesy Google source: Life Archive…have a good one and keep laughing…

** In my particular case an Ex-daughter-in-law fits the bill, but you can choose to knock off anybody you like. Ex-husbands, boyfriends, Mother-in-laws, family members from hell, just REMEMBER , It’s imaginary. Make their demise spectacularly funny and you’ll be feeling much better.