I can remember my brother-in-law telling my sister Mary Ellen, “Be not afeard, Mare”.  Frank would say and make her smile. 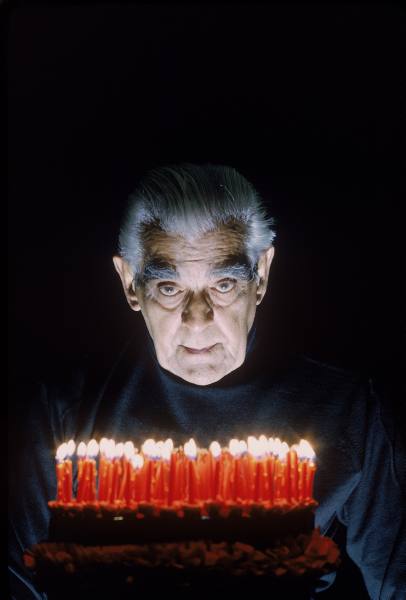 What ever it was that was acting as a bogeyman to scare her, Frankie would say to her  teasingly “Be not afeard, Mare”.  Then he and Mary would be off into gales of laughter. That became their catch phrase for ridiculous things that people could become afraid of. And then there was always “Yeah, Buddy!” When you heard Frank say this you knew whatever you were thinking was so. It was his eternal, hysterical affirmation that the Universe was moving  just as it should. And I’ve got to tell you, sitting next to a man like Frank and hearing him say that with his soft West Virginian tone, you knew that  all was right with the world. To this day when I hear, “Yeah, Buddy…” I think of our Frank and can see him chuckling still.

This puts me in mind of a time my sister Kate (who he was dating at the time) and Frankie were out one night and ran into Mary and her boyfriend… they frequented the same, shall we say “Social Clubs”, anyway Frankie called it a night way too early and those two girls took offense. Their remedy? They followed a Newspaper Truck and as the bundles were tossed off they picked them up and stuffed the stairway all the way to his apartment. So the poor soul opened the door the next day for work and was facing a wall of newspaper bundles. Yeah, you wouldn’t want to let these two down! The combination of these three, Kate, Frank and Mary and a half-dozen cousins ( Red, Tim, Sue, Jim, Nancy, Earl, Judy, Shawn…) would one day build a house for Kate and Frank years down the road. Yeah, the papers didn’t put him off. Maybe it just woke him up. You wouldn’t want to disappoint those two…not on your best day.

3 responses to “Be not afeard…”