The rule of three in Life, Comedy and Arguments …

Sometimes I think the rule applies only because we can’t think past two. I mean, the rule of three in arguments says that you always use a three-pronged attack in a debate or argument to explain your position. Rather like a three-point stance in football, it’s harder for an opponent to dislodge you. Because they (your opponent) can’t think past two. The famous “all or nothing  at all” mode that is the human condition.

Actually I think this rule of three really applies because most of us can only think to the “left” or the “right” , just like we can only view things with that perspective. The old “Fish eye”. When we try to view the middle ground we get all out of focus, kind of wishy-washy, can’t quite get our bearings. But in the case of an argument when you toss in that last option, it defeats all immediate opposition because people as a general rule can only follow two lines of thought, yes and no and only but rarely compromise or cooperation. They simply don’t see it there.

Comedy’s “Rule of Three” works on much the same format. You can see it in just about any gag going. Watch Seinfeld, or Modern Family or 30 Rock and listen to the patter. It’s always the same because it works. 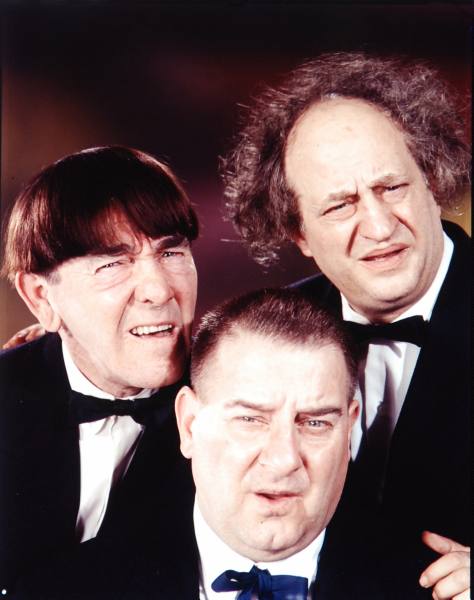 1. A well dressed debonair man in his mid nineties enters an upscale cocktail lounge and finds a seat next to a good-looking, younger woman in her eighties at the most.

2. Trying to remember his best pick up line he says…

“The rule of three”, I thank you, my mother thanks you and  Good Night Mrs. Kalabash, wherever you are.