Edward G. Robinson, was hysterical. He one said, “Some people have youth, some have beauty – I have menace.” I laughed so hard I cried. What a character this wonderful soul was.

He was born Emanuel  Goldenberg, December 12, 1893 in Bucharest, Romania. He came to this country at the age of 10 and became one of our most beloved of “Bad Guys”.  He could have been a wonderful comedian with his outlook on life. He is Hank Azaria’s inspiration for Chief Clancy Wiggum’s voice on “The Simpson’s”. Here are a few of his great quotes…

” If I were just a bit taller, and I was a little more handsome or something like that, I could have played all the roles I have played, and played many more. There is such a thing as a handicap, but you’ve got to be that much better as an actor. It kept me from certain roles that I might have had. But then, it kept others from playing my roles. So I don’t know that it’s not altogether balanced. ”

” I remember just before going onto the soundstage, I’d look in my dressing room mirror and stretch myself to my full 5″5″ or 5’6″ – whatever it was – to make me appear taller and to make me able to dominate all the others and mow them down to my size.” 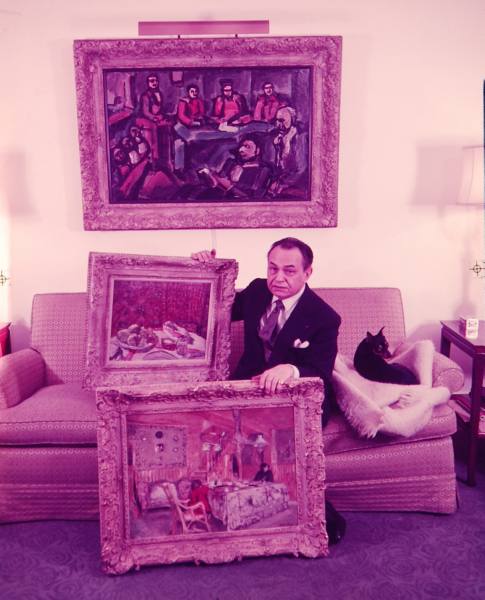 ” Ah yes, I remember well what it was like to be a true collector, that soft explosion in the heart , that thundering inner “Yes!” when you see something you must have or die. For over 30 years, I made periodic visit’s to Renoir’s “Luncheon of the Boating Party”  in a Washington museum, and stood before that magnificent masterpiece hour after hour, day after day, plotting ways to steal it.”

He noticed and bought some of Frieda Kahlo’s first works, he was instrumental in her on the map in the Art world. Some more of his wonderful quotes are;

“The sitting around the set if awful. I always figure that’s what they pay me for. The acting I do for free.”

What a solid Man, this actor was. It showed in his work and in his attitude, he was grateful, and it’s awful nice to see that once in a while.

What started this all was I was trying to think of an Actor that I could picture saying, “Don’t be a Mary, Gary!”  or

I could only think of Edward G. Robinson or Humphrey Bogart…I still think those lines would be pretty funny, coming from either of those tough guys, just imagining it makes me laugh. So the next time I see somebody whining about whatever I going to think of a little Edward G. or Bogie saying…”Get Happy, Goldilocks’!”.